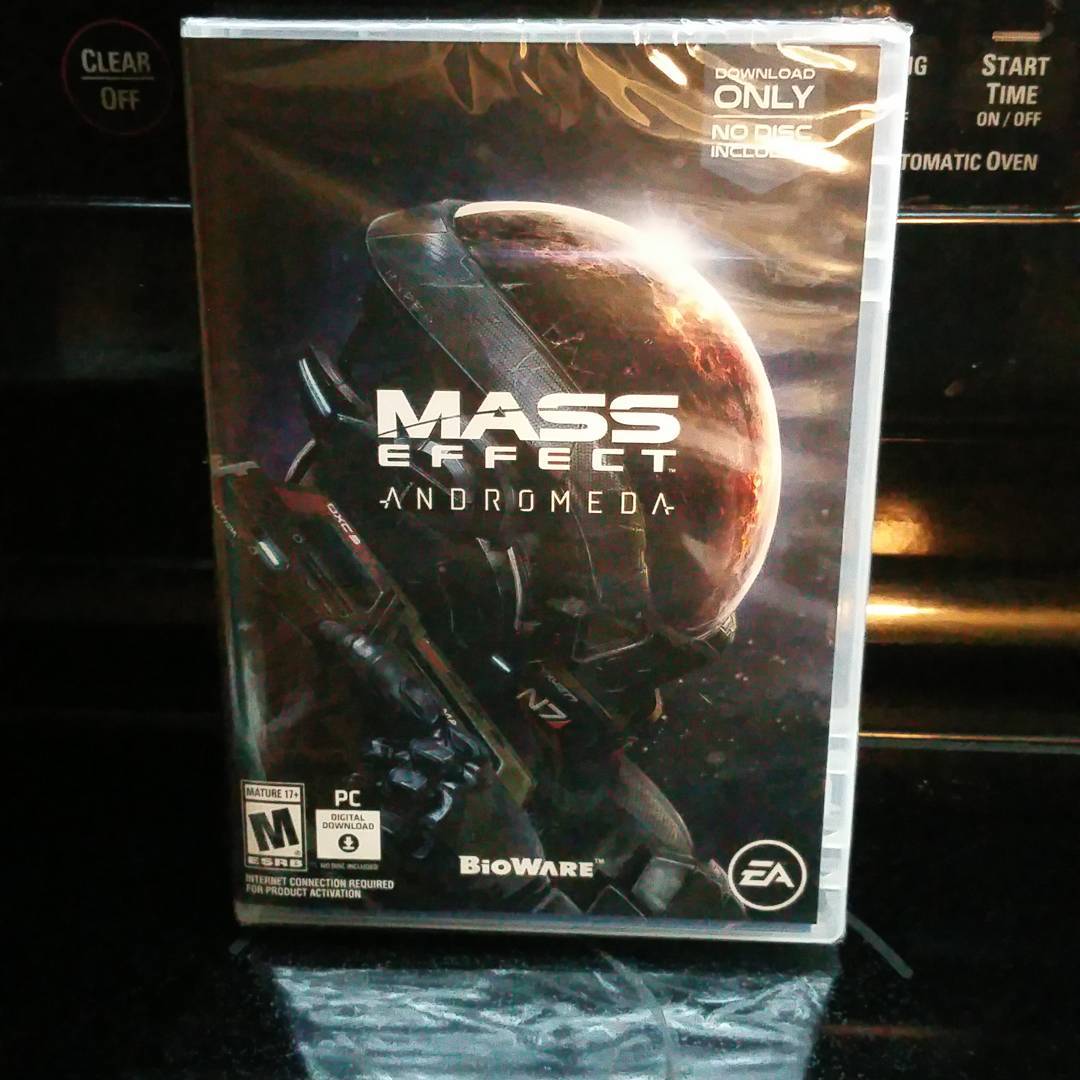 It has taken me 13 weeks to finally get enough time to finish the game…but I finally did. I wanted to complete the game before writing a review. There is no shortage of reviews to be found, including the usual angry folks. So, I’ll provide one more to the mix, just because.

A whole lot of the criticism thrown at the game has at least some merit. The first hour is confusing if you’re coming straight from replaying the last game. I ultimately grew to like (and depend on) the jump mechanic, but the initial key bindings were terrible. I didn’t run into nearly as many bugs as other players have, though I’m sure a decent amount of that had to do with the fact that by time I’d finished the game, there were three or four patches to fix them. Once I got used to the “profile” system, I consider it far superior to the “pick your class at the beginning of the game, and you can’t change it later, even though you’re not entirely sure which one you like because you haven’t started playing yet” paradigm of the others. Conversely, it did take quite a while to deal with the “three abilities at a time, you can’t expand them, but you can have four sets of ‘favorites'” method of ability management.

I think one of the fundamental problems with Andromeda was that it was clearly an attempt to embrace the ‘open world’ style of game that made Skyrim so popular, giving players the ability to ‘go wherever, do whatever’, but on a planetary scale. I agree that ME1’s ‘drive around a square mile to find some random debris at best’ wasn’t the most fun thing ever (and against which, MEA’s planetary exploring was much better), but the handful of sections that involved linear missions seemed fewer and far between. ME3 was more linear than the first two, admittedly, but there’s always been the freedom to choose the order in which missions are played. I think the sandbox design took away from the ability to write a good story. I would argue that this change caused the tepid reception. More so than the bugs or facial animations, I believe the single biggest reason MEA got the tepid response it did had more to do with the open world setup and endless number of fetch quests that was a massive departure from the more balanced, story-driven level sets that were present in the original trilogy. Even at that, the planets visited were straight out of Star Wars. I visited totally-not-Hoth, totally-not-Dagobah, and four totally-not-Tatooine planets. They weren’t outright terrible, and to be fair the Remnant sections were interesting and had a nice balance, but the requirement to do a mountain of fetch quests on half a dozen planets leads me to be of the persuasion that there should be some differences on more than two planets. Then again, the “drive around and flail for the one mineral deposit you actually need” was no picnic; I was shocked to find that they somehow managed to make resource mining even more tedious than ME2.

The draw to the original Mass Effect trilogy was primarily the story and characters. In the original, we got to watch Liara go from adorkable adolescent scientist to the Shadow Broker, from barely using her biotics to being formidable and confident. Tali went from a young woman on a pilgrimage who joined the crew out of convenience, to a loyal squadmate who would follow Shepard anywhere…almost. Mordin went from a strict scientist who saw existence through a microscope and a spreadsheet, (spoiler warning) to someone who would sacrifice his own life to atone for his crime (well, unless you’re a complete jerk). There’s a reason I bought a friend of mine this T-shirt as a graduation gift, and the Honest Trailer sums Garrus up well when calling him “the best alien bro since Chewbacca”, and it’s moments like these. Jack went from a rage-fueled ball of anger to a teacher who cares deeply about her students. I could go on and add Thane, Wrex, EDI, Legion, Samara, and a dozen others, but I don’t have time to come up with all the Youtube links. To be fair, I will at least concede that most of those comparisons involved at least two games’ worth of character development, if not three.

The characters of the original series clearly had personality and development. While Peebee was a highlight this time around and Cora had backstory that was at least somewhat interesting, I thought the rest of my squadmates were generally bland. Jaal was okay, but primarily because of his role of being de facto ambassador; virtually any other Angaran could have stood in his place. Vetra was the most stoic Turian with a paint-by-numbers loyalty mission. Gil wasn’t half bad, but I couldn’t take him anywhere, and Liam? He was so annoying, I nearly shot him myself. Drack had some humorous banter with Peebee while driving around, but if it wasn’t acting exactly like Wrex, he was complaining about getting old. My sibling spent the whole game in the med bay and was generally a plot device for a forced sense of stakes, rather than someone I’d actually like to spend time with.

The other direct comparison I’ll make is in the decisions and how they worked. 90% of the dialogue choices seemed to change the immediate follow-up line, but the response after that clearly was written to be addressed no matter which option was chosen. I didn’t seem to get a ‘better’ or ‘worse’ reception for choosing one response over another. The Paragon/Renegade mechanic may have been a bit limited to continue, but it didn’t seem like there was any similar method of aggregating a personality. The original games gave different side missions and characters interacted with you differently depending on where you landed on the paragon/renegade scale. While virtually every player of the original game remembers the agonizing decision of whether to save Ashley or Kaiden, and whether or not to save the Rachni Queen, later about what to do about the heretic Geth. Later still players got to decide whether to save the Geth or Quarians, though the highlight of my gameplay was being able to make peace. I remember two decisions that were even close. One of those decisions seemed like a forced attempt to implement such a choice, while the other was more nuanced, but primarily political posturing.

While I’ve spent the majority of this review berating it in one way or another, there were some things I absolutely did like about it. The Nomad solved literally every complaint that had ever been made about the Mako. Once I got used to the combat changes, it was overall an improvement. I didn’t like having to micromanage my rare resources, but it was definitely nice to be able to build whatever guns I wanted, rather than saving up all my credits and trying to remember which merchant sold the one I wanted. I can carry two sniper rifles and two shotguns if I want?!? Awesome! My squadmates actually participated in combat, the Kett enemies were varied and responded to different tactics, and though the story wasn’t well-developed, I thought the rebellion subplot added a point of conflict that made sense under the circumstances and was a great idea. The Angara were a cultured species, with a well-developed history and great interactions. I was expecting to meet more, but if they were only going to do one, they did it right. The ending was excellent, in that it was a good length, had great interaction with the different groups interacted with during the game, felt satisfying, and had an excellent epilogue.

Overall, I’d give the game a 6/10. It wasn’t a bad game overall, I felt that my interest was basically held, and I think there’s room for its sequel to advance the story and redeem the shortcomings. I do, however, think it will take far longer for me to have the desire to replay it, as I tend to do with the original trilogy every 18 months or so.

One last thing: the origin story of leaving the Milky Way should have been a part of the initial exposition, not hidden behind finding dozens of maguffins over the course of the game.